President Akufo-Addo has today declared a week of mourning during which all national flags are to fly at half-mast in honour of the late former President Jerry John Rawlings, who passed away Thursday morning, November 12.

Rawlings died at the Korle Bu Teaching Hospital in Accra where he was on admission for a week for ill-health.

President Akuffo Addo said he has suspended his campaign for re-election, together with his Running Mate and Vice President Dr. Mahamudu Bawumia, in honour of the memory of late former President Rawlings.

“Government will work closely with the family of President Rawlings on the arrangements for a fitting State Funeral for the late President, and will keep the nation informed accordingly.”

The Leadership of the National Democratic Congress (NDC) has also suspended all political activities in honour of their founder, former president  Jerry John Rawlings. 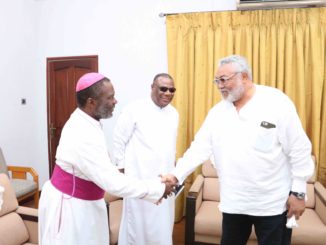 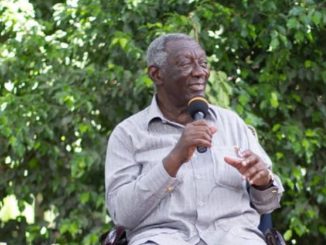 Rawlings’ ‘love affair’ with NPP no cause for worry – Kufuor