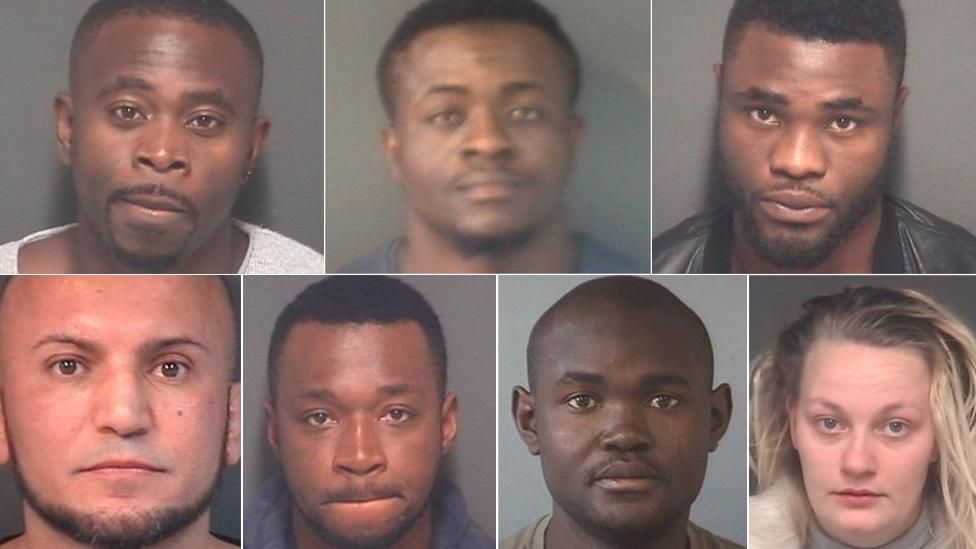 Scammers who infiltrated BT customer accounts as part of a “sophisticated” £358,000 fraud have been jailed.

The gang targeted in excess of 2,000 people, predominantly in the Portsmouth area, between May 2014 and July 2016.

They used the details to set up Paypal accounts to order expensive items which were then delivered to addresses in the city controlled by the group.

Seven people were jailed for between 16 and 44 months for their part in the fraud.

Police carried out raids after being given information by BT, and group leader Festus Emosivwe, 36, put a USB data stick in his mouth and chewed on it when police arrested him, making it impossible to recover any data.

Prosecutor Michael Forster said the source of all the data leaks was not known, but there was evidence of phishing emails and officers found textbooks on computer security at Emosivwe’s home.

He described it as “a sophisticated conspiracy” that “persisted for two years”.

The barrister said the gang diverted customers’ email addresses and phones to accounts controlled by the group, meaning victims were “left in the dark” until their money had been fraudulently spent.

He said although Paypal had lost the most money from the fraud, BT customers had endured “distress and inconvenience”.

Sentencing the group, Judge Timothy Mousley QC said: “The impact on your victims cannot be underestimated. Many had seriously heightened levels of anxiety, stress and fear after finding out their accounts had been hacked.

“Some expressed horror and fury at being scammed by you.

“Many were retired people who feared they’d be unable to get by financially. Each of you is responsible for inflicting that misery upon them.”

One of the victims, 69-year-old Geoffrey Noble, told the BBC he discovered his details had been used to buy £3,000 worth of goods shortly after being diagnosed with cancer.

In a statement read out on his behalf in court, he said he was “furious” at the fraudsters as “nobody has the right to take the money I worked so hard for”.

“I experienced a sense of panic and fear because I did not know where it was going to end,” he added.

The gang, who pleaded guilty to all charges, were sentenced as follows: