Out of about 76 trawlers operating on Ghana’s waters, only one is wholly owned by a Ghanaian. The rest are owned by Chinese.

According to Professor Wisdom Akpalu, a Natural Resource Economist and President of the African Association of Environmental and Resource Economists (AFAERE), because Ghana’s laws do not permit foreign vessels to fish in it waters, the Chinese buy the vessels and get some Ghanaians to front for them.

Speaking in an interview with Graphic Online after a lecture on Illicit Trade in the Marine Resources of West Africa, organised by the United Nations University World Institute for Development Economics Research (UNU-WIDER) on Friday, January 18, he said although all the 76 trawlers are registered in Ghanaian names, they are actually owned by Chinese.

“We know for a fact that Ghanaians are just fronting for Chinese. So, they are going into some kind of high purchase agreement. The Chinese get the vessels here, register them in the name of Ghanaians and flag them with Ghana flag,” he explained. 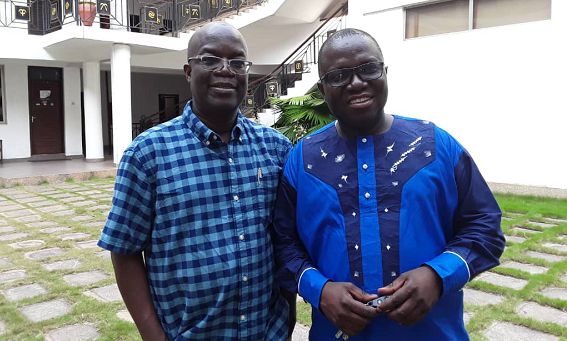 Prof Akpalu added that “in reality, the owners are the Chinese. So at the end of the day, the interest of these trawl vessels is managed by these foreigners who are Chinese and the Ghanaians who are fronting for them only receive paltry sums of about US$1,000 and some by-catch.”

He explained that the money that the Ghanaians who front for the Chinese trawl vessels get constitute only about five per cent of what the Chinese get.

Prof Akpalu said “because those who are getting the real profit are not Ghanaians, they don’t care about the sustainability of the industry” and noted that “to them (foreign interest), they just want to get as much as possible.”

According to him, the trawl vessels are taking too much fish from the sea than they are supposed to take, saying “For every renewable resource, if the rate at which you are extracting exceeds the rate at which the resource is replenishing itself…overtime, the stocks will decline and every vessel will get lesser and lesser catch.”

He said the country’s catch volume continues to decline, stressing that “as at today, we are importing about 58 to 59 per cent of the fish that we consume in Ghana.”

Prof Akpalu said Ghana is only able to produce locally about 41 to 42 per cent of its fish needs from both inland and marine sources.

According to him, some politicians are culprits when it comes to Ghanaians fronting for Chinese trawl vessels.

“Behind every trawl vessel are some political powers. If you catch any trawler doing any illegal activity or engaging in any illegal fishing activity, they never get prosecuted,” he explained.

He said those entrusted with the duty to monitor the fisheries sector are unable to do so since their operations are frustrated by the politicians behind the trawl vessels.

Prof Akpalu explained that Ghana has lost about $200 million within the last five years due to overfishing, saying the overfishing menace in Ghana is so endemic.

He bemoaned the issue of overcapitalization, noting that Ghana is losing a lot of money due to the depletion of the stocks.

He said the biggest challenge confronting the fisheries industry in Ghana is the lack of political will and added that the problems facing the industry are already known. 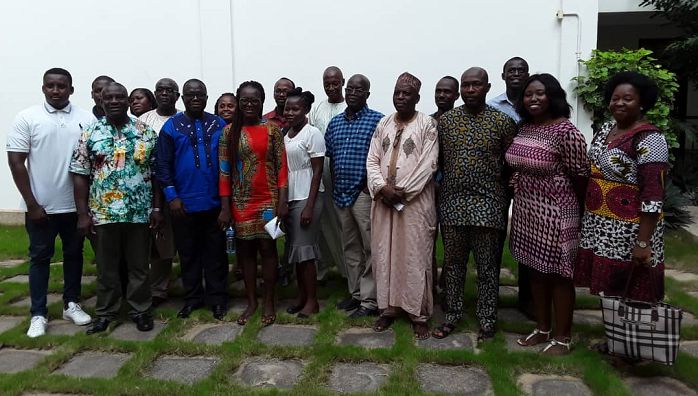 Prof Akpalu also cautioned the government to stop subsidizing premix fuel, saying the practice is contributing to the depletion of the stocks.

He rather called for the enforcement of the fisheries laws so as to help weed out illegal practices from the sector.

The lecture, organised by the United Nations University-World Institute for Development Economics Research (UNU-WIDER) on the theme: “Illicit Trade in the Marine Resources of West Africa”, was presented by Professor Rashid Sumaila, Director of the Fisheries Economics and Management, University of British Columbia.

It was supported by the UNU-Institute for Natural Resources in Africa (UNU-INRA) and the Department of Economics, University of Ghana.

Similarly, he explored the economic loss and impacts from illicit trade and policy options for curbing the practice.